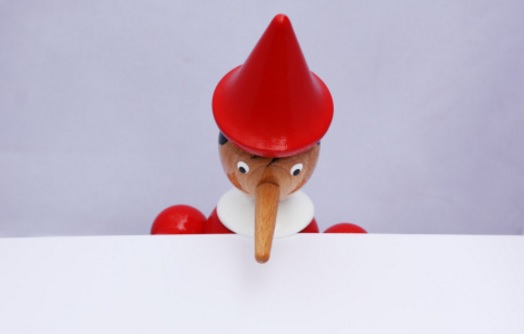 When you are having a conversation with somebody, you expect them to tell the truth. There’s no reason why you shouldn’t trust people.

However, there are instances when a person will inherently lie straight up to your face.

If you’re not sure if they’re being genuinely honest, you may end up feeling like a knife has went through your chest when you find out later that they were in fact being a snake in the grass. Of course you never want it to come to that. Instead, you want to be able to detect a lie upfront when a lie is being committed.

The following are key pointers to look out for in someone’s behavior of whether or not, they’re lying.

1. They Are Constantly Moving Their Head

The first thing  to consider is whether they are looking into your eyes. If they aren’t, and they constantly shift their head position, then chances are they aren’t comfortable with what they’re saying. It could be either a guilt mechanism or simply shyness.

Whatever the case is when people talk confidently in their words, they don’t move around a lot. They are focused on the conversation and they want to discuss things in a natural, honest manner. Those that aren’t otherwise, will not behave in the same manner, simple as that.

2. They Are Erratic In Their Responses

When you are talking to someone who is lying, they are not going to maintain their tone and will be all over the place. This is a reflex that comes with breathing changes, and analysts have seen that it’s a common trait for those who aren’t being truthful

If someone’s breathing changes to the point where they are gasping, sighing, and shifting their opinions through erratic answers, then they are probably being less than honest.

3. They Repeat Themselves A Great Deal

If someone is repeating him or herself and trying to get out of being accused of lying, or anything along those lines, you have caught on to them. Repetition, especially in regards to whether or not they have done something is a key sign. They are trying to convince you that they are in fact telling the truth, when in reality, they aren’t really doing so at all. Think of this as try-hard to be appear innocent when not.

Overall, always look at what kind of information they are giving. Overreaching, and telling too much of a story (to the point of grandiose exaggeration) is not a good sign at all, so always consider that as you move forward.

As a best-selling author, writer, blogger, and peripatetic rolling stone, Howie lives for a life of knowledge, skills, and thrills. Above all, he is a never-ending seeker of truth and the "how-tos" of all things, and sharing that passion with the world. Feel free to contact him for whatever reason as he welcomes all with open arms, and would love to hear from you!

This site uses Akismet to reduce spam. Learn how your comment data is processed.

Howdy!Class is in session with Professor Junkie!