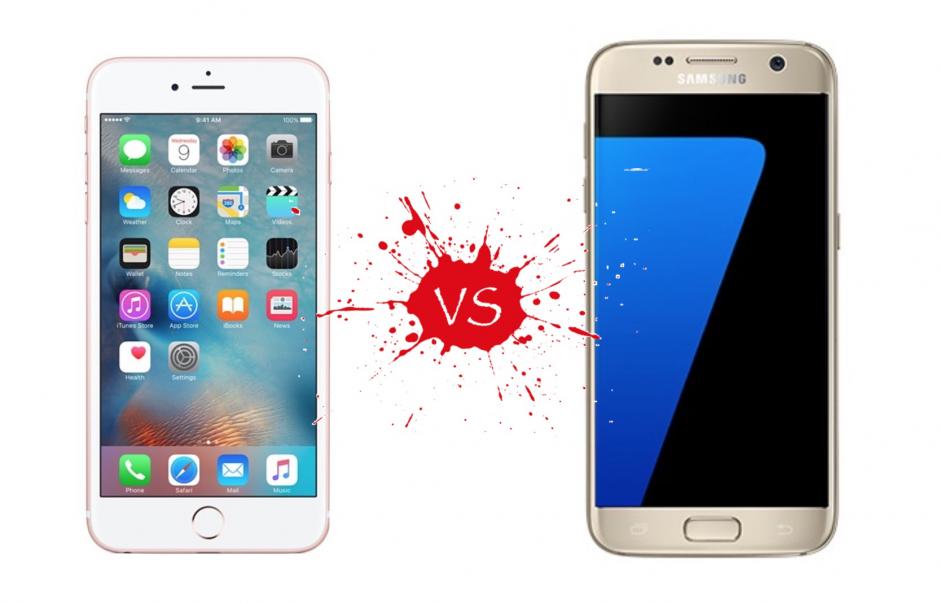 When it comes to getting a smartphone today, you’re going to be relegated to one of the two major players out there:. the Apple’s iPhone and all the proprietary brands (Samsung Galaxy, Google Nexus, etc.) using Android as the operating system.

Which one should you get? Which one right for you? Breaking them all down can be rough, but there are a few key notes that will help you in deciding your next phone.

The following breaks down a few of the highlights that can be considered pros or cons.

As the favorite famous child of phone users out there, iPhones are fast, slick devices and have the most up-to-date hardware, memory, battery, and support. This is also a premium option that usually gets a face lift each year, and possibly twice within the same year. It sells out fast, and it’s a hot commodity as Apple does a lot to improve the hardware as often as possible. This is a great phone for photographs, videos, podcasting, and everyday tasks.

From a security standpoint, you’re going to find that Apple’s phones are locked, and restrict you to only using their own software and programs. Cracking them can void the warranty, and they are usually sealed off from upgrades of any type. This can be seen as a major restriction. The price tag is astronomically higher than their competitors. If that doesn’t pose as a annoyance, consider that the latest iteration has no headphone jack, which has rubbed many audiophiles the wrong way.

Here’s the big daddy of them all. Android phones account for the majority of share of the smartphone market. Unlike Apple’s iPhone, there are several options of Android phones you can choose from that use the Android operating system. Think of Android like the Windows operating system being used across major computer brands: Dell, Toshiba, and HP. The popular smartphone that uses Android is the Samsung Galaxy. Whatever smartphone you decide to go with, you’ll find that most Android devices on the market are also slick, fast, and resemble the iPhone in design. Despite the similarities, you’re going to find that the operating system lives up to its name as “Android.”  The Android allows a lot more customization and freedom (hence, no more iTunes to do everything) on top of a fast processors, expended memory, headphones jack, clear HD screen, and lower cost. The power of the processor makes them great for video streaming, multi-tasking, and video games.

However, the downside you’re going to discover sooner or later is their lackluster battery life. The upgrades rolls out at slower rate, and while there are some similar functions as the iPhone, many cite the lack of Siri and lower light cameras to be inferior. The price tag can vary as well, but most often, you’ll find that Android phones are less expensive than the iPhone.

Which Should You Buy?

At the end of the day, you will find that both options stand on their own in terms of features. If you purchase the latest released solution on either end, you’ll have a very powerful smartphone.

The question should be, which operating system do you prefer?

Apple has their own proprietary OS, and Android can be found across many different phones. If you had to choose one, start from that, otherwise, both options are neck and neck in terms of function, design, and network.

As a best-selling author, writer, blogger, and peripatetic rolling stone, Howie lives for a life of knowledge, skills, and thrills. Above all, he is a never-ending seeker of truth and the "how-tos" of all things, and sharing that passion with the world. Feel free to contact him for whatever reason as he welcomes all with open arms, and would love to hear from you!

This site uses Akismet to reduce spam. Learn how your comment data is processed.

Howdy!Class is in session with Professor Junkie!